Fill the Jar – to Replace the North Star Arena

The current North Star Arena is in its 49th year of operation but is in need of replacement. In July 2020, $6.8M in federal and provincial funding was announced to support constructing a new multi-use, year-round facility that will service the North Star Arena community for the next 50 years. While we did receive funding, the total cost of building a brand-new facility is nearly $10M, leaving us to raise approximately $3.2M.

The Fundraising Committee is an entity that works closely with the Town of North Rustico and the North Star Arena & Wellness Centre’s Board of Directors.  Our role is to search out and find potential donors for the Capital Fundraising Campaign.  Our work is to solicit funds, sponsorships to generate $3M and this work will be carried out until we reach that goal.

The Fundraising Committee for the North Star Arena Replacement Project officially launched the “Fill the Jar to Replace the North Star” fundraising campaign! This campaign will include all the sponsorship and advertising opportunities listed in this package, contribution options for individuals such as In Memoriam and Purchase a Square of Ice as well as accepting general donations. All donations made will be tax deductible so donors will receive a charitable receipt for their contributions. The campaign will remain active until we reach our goal of raising approximately $3,000,000 for the construction of the new North Star Arena and Wellness Centre (to be re-named by naming rights partner).

Other Fundraisers are taken place, including a raffle and a clothing sale (see below) deadline for both is December 18th.

Thanks in advance for all your support. 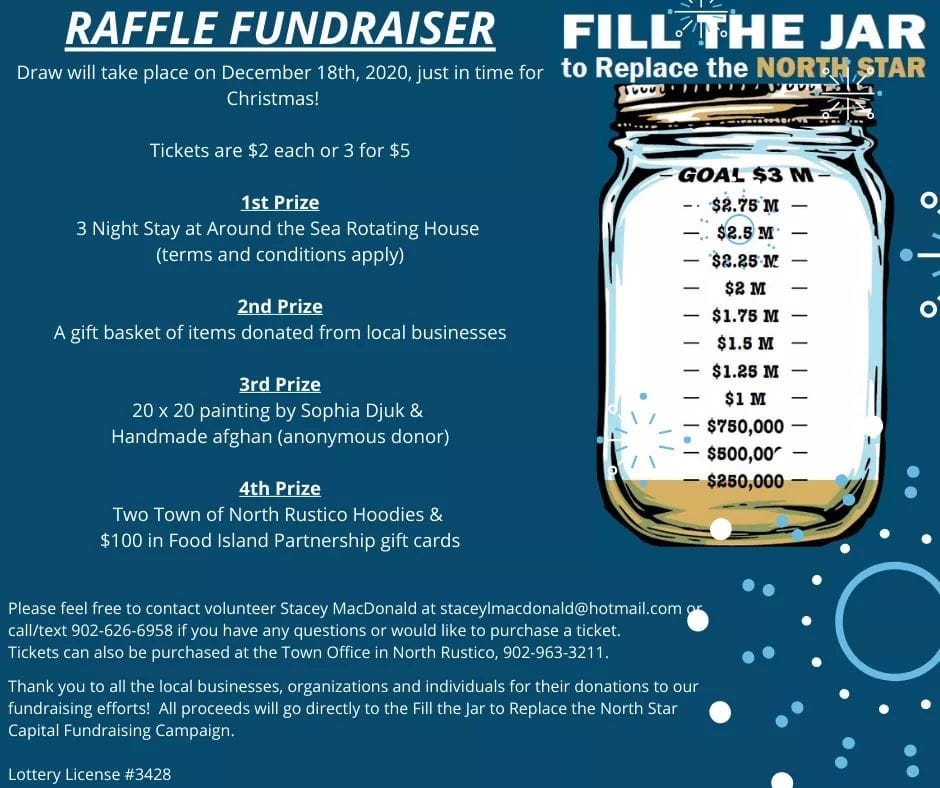 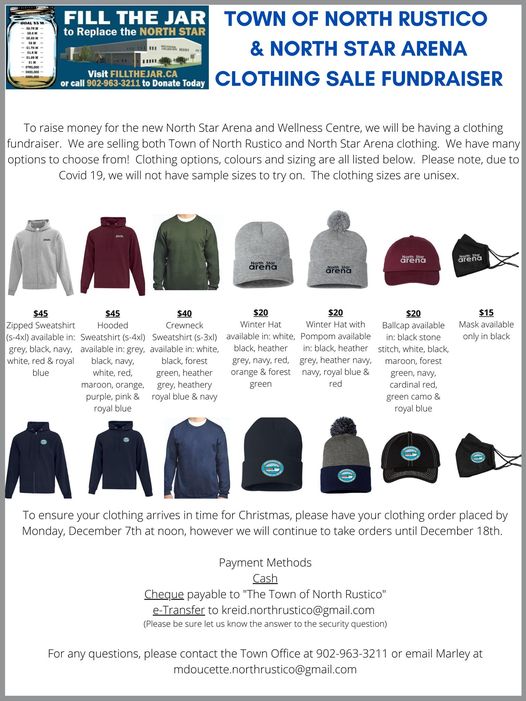