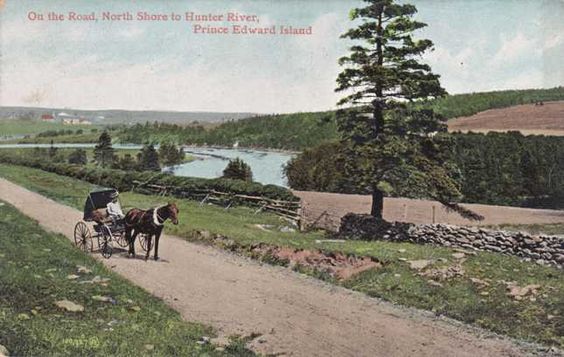 My father, Ralph Dickieson, has collected many interesting things relating to the history of New Glasgow. He recently gave me the original minute book from the Trustees of the New Glasgow School, which has the minutes of all the Trustees meeting from the late 1800’s and early 1900’s. The New Glasgow School was located in the Village of New Glasgow on the site where I currently live. My house was the last New Glasgow School which was built around 1950 and replaced earlier schools. The school operated until 1970 when it was closed and the property was purchased for $1.00 by my grandparents, Alice and Wallie Dickieson. I believe the original school was situated closer to the road than where my house is located.

The following are some examples of minutes in the 1880’s and 1890’s where contracts to maintain the New Glasgow School were awarded. They show the type of work that was done, and the names of local residents who served as Trustees of the School and the names of the residents who performed the work. They include the annual salary for the “Principal” and “Assistant Teacher.” The annual costs for operating the school aside from the salaries seem to be around $50.00. These minutes show that people at that time were willing to do a great deal of work for very little money.

“October 5 , 1893: the following jobs were sold to the lowest bidders: hauling 4 tons coal to th Charles A. Stevenson for 50 cents per ton; lighting fires and sweeping house on same conditions as last year to begin 15 of November to William Smith for $9.75; Banking house in fall and th taking it away in the Spring sold to James Dickieson for $1.00; Cleaning back house as often as required sold to C. A. Stevenson for $2.50; Repairing flu, top to be taken off down to saddle board and rebuilt, contractor to find all brick, use cement instead of mortar, sold to George Smith for $2.00; New latch for porch door, 2 panes of glass in porch windows with screws in each end, desk legs to be repaired and new lock on desk, sold to James Dickieson for $1.00; cleaning stove pipe for 1 year sold to William Smith for 84 cents.”

Minutes of the Annual Meeting, June 1896

“The annual meeting of the rate payers of New Glasgow School District was held in the New Glasgow School house on Tuesday, the 16 day of June, 1896 in accordance with the provisions th of the Public School Act. Meeting was organized by appointing George Smith, Chairman. Trustees report read and adopted. W.D. McCoubry was appointed Trustee in place of John MacLeod, retired. The sum of $40.00 was voted as a supplement for the Principal, $20.00 was voted as a supplement for the Assistant. $50.00 was voted as the running expenses for the incoming year. Mr. Adam Brown was appointed Auditor. Moved and carried that minutes be read.”

Minutes of the Annual Meeting, June 1897

“The annual meeting of the ratepayors of New Glasgow School District 20 was held in New Glasgow Schoolhouse June 15 , 1897 in accordance with the provisions of the Public School Act. th Meeting was organized by appointing George Smith, Chairman. Trustees report read and adopted.Mr Charles A. Stevenson was reappointed. The sum of $40.00 was voted for the Principal and $20.00 for Assistant. $55.00 was voted in for running expenses. Resolved that the Trustees makes a strenuous effort to collect all outstanding debts. A.B. Dickieson was appointed Auditor.” Minutes read and adopted.

Trustees of the New Glasgow School District No. 20 met and organized by appointing E. Hill Esq. Chairman of Board and C.A. Stevenson, Secretary.

“Pursuant to Notice, Trustees met and let the following contracts: whitewashing outside walls of the school building and washing outside of windows, contract to be completed within 2 weeks of sale, let to William Smith for $1.75; also repairing of breaks in plaster and whitening walls, washing desks, and all woodwork, scrubbing floors, washing windows on inside and polishing stoves to William Smith for $3.65.”

“At a meeting of the Trustees held in Hill & Stevenson’s shop, Friday evening, September 3 , rd 1897, it was decided to shingle roof of the schoolhouse. Also for purchase of shingles at Mr. James Laird’s, shingle nails at J.C. Stevenson, C.A. Stevenson to haul shingles for 25 cents per load. Also, if required to advertise for teacher.”

Its apparent from the minutes that the Community of New Glasgow maintained and raised funds to operate its own school. It also appears that the funds came from a school tax imposed on local property owners. The reference above to buying shingle nails at “ J.C. Stevenson” is the store that is currently the Toy Factory. The meeting referred to above being held at Hill & Stevenson shop was the forge operated by Elbert “Buck” Hill now owned by Kris and Melanie Taylor.

The minutes of a meeting on October 4 , 1898, deal with property assessments:

“A meeting of the Trustees of the New Glasgow School District took place at the residence of C.A. Stevenson when the following changes were made to the assessment roll:

Reading the above, you wonder what caused the assessments of some properties to be raised while the assessments of others were lowered. It appears from reading the minutes that contracts to maintain the school were awarded to the lowest bidder in what was probably some sort of tendering process. I have a list of all the teachers who ever taught at the New Glasgow School which I will provide in subsequent post. 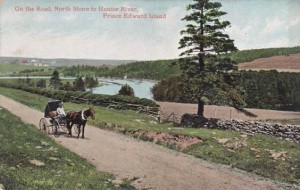