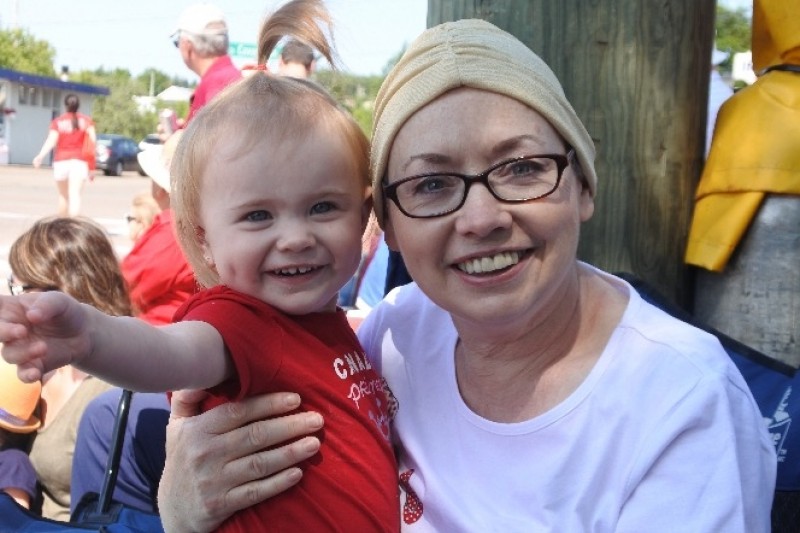 Carol Arenburg is a resident of New Glasgow and an active member with The New Glasgow Women’s Institute.

Carol was first diagnosed with Breast Cancer in the spring of 2014, less than 2 years after her husband John passed from Pancreatic Cancer. After undergoing a mastectomy she was cancer free. Six months later she noticed an excruciating pain in her abdomen that got so bad we eventually took her to the ER. After many tests they eventually diagnosed her with Lymphoma.

Since the diagnosis she has gone through two rounds of chemo in a six-month period. Because her Lymphoma is a combination of fast and slow growing, the doctors are trying to find the best combination of chemo to slow the growth. She has reached the point now where a bone marrow transplant is the best option. Luckily, her brother in Alberta is a 100% match as a donor. The QEH in Charlottetown does not perform this procedure, which means we will be traveling to and from Halifax several times in the next few months for consultations and the procedure.

Any donations will go towards travel and accommodation costs for Carol and supporting family members. Thank you to all those who have provided support!

Click Here to Make a Donation to Help Carol 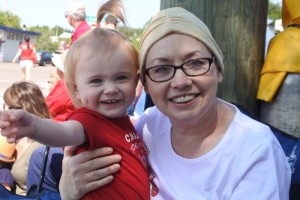