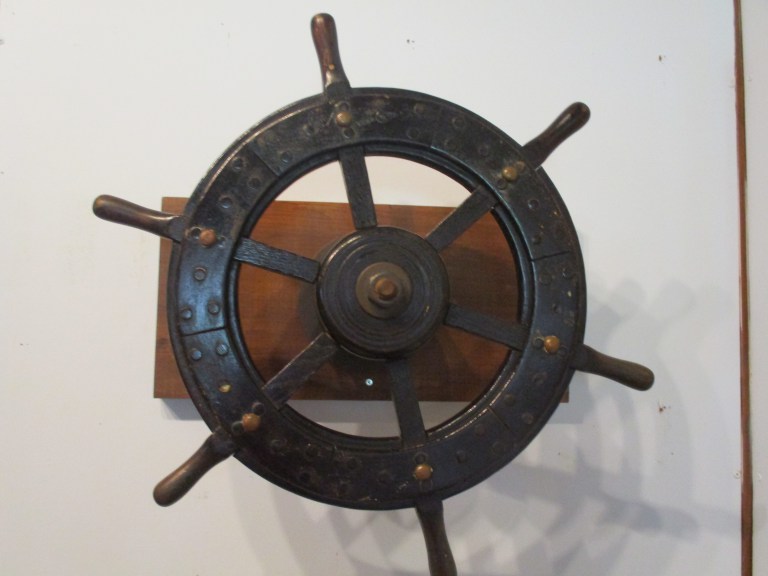 One of the best things that I received from my father, Ralph Dickieson, was the contents of his filing cabinet and his many files on the history of New Glasgow. Amongst other things, he documented and researched all of the ships that were built in New Glasgow in the 1800’s.

As you may be aware, ship building was carried on along the River Clyde. The Orrs carried on shipbuilding at New London, Rustico and New Glasgow from the 1830’s to the 1870’s. One of the most interesting and well documented ships built in New Glasgow was called the “Pakeha.” The “Pakeha” was built in New Glasgow in 1863 to carry emigrants from New Glasgow, PEI, to Auckland, New Zealand. It was built by Robert Orr and John Darrah. The Pakeha departed New Glasgow on December 23rd, 1863 with 35 people on board including several members of the Bagnall family and the Darrah family. The ship was a copper bottomed, copper fastened Brig of 173 tons and the Charlottetown “Vindicator” newspaper announced that great care had been taken to make her as “airy, roomy and comfortable” as possible.

A book entitled “New Zealand Shipwrecks, 1795-1970″ by C. Ingram describes the eventual wreck of the Pakeha: “Pakeha, brig: When on a passage from Kaipara to Dunedin with a cargo of timber for her owners the brig ran ashore on Ninety Mile Beach, near Lake Ellesmere, on the morning of June 11, 1881, and became a total wreck. A number of fisherman went to the wreck in boats to render assistance and found that, with one exception, all of the crew had been drowned.” It appears that this move was a successful one for the Bagnall family. An article in the New Zealand Herald dated May1st, 1917, describes the death of Lemuel Bagnall. He is described as a successful businessman and former Mayor of Auckland, New Zealand. “One of the best known and most widely respected of Auckland’s citizens died at his residence in Wynyard Street shortly before eight o’clock yesterday morning in the person of Mr. Lemuel John Bagnall. During nearly half a century, Mr. Bagnall has been connected with the public affairs of the Auckland District and there have been few citizens whose work has been more highly appreciated, and who, personally, have been held in greater esteem.” In an article in the “Cyclopedia of New Zealand” Bagnall Bros. and Company, Limited, Timber Merchants and Box Manufacturers, is described as a very successful enterprise: “The firm was formed into a limited company in 1896 and a year later, the factory for the manufacture of butter boxes and cases was opened in Auckland. The business is one of the largest of its kind in the colony, and the company employs over 200 men, and 500 (pounds) per week is paid in wages. The late Hon. George Bagnall, the founder of the firm, came to New Zealand with his family in 1864 from Canada and eventually settled in Turua.” It is interesting to note that the PEI branch of the Bagnall family continued to be prominent timber merchants in PEI, operating Bagnalls Mills Ltd. for much of the twentieth century. A search of the internet also reveals that at least two Bagnall boys fought and died for New Zealand in World War One. It is incredible to think that in 1863, a family could emigrate from a small pioneer community such as New Glasgow, PEI, in a vessel built by residents of the community, and sail to a new life more than half a world