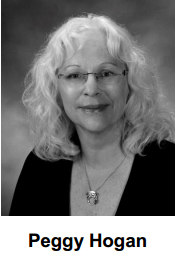 Local award-winning author, Peggy Hogan, is pleased to announce that her second novel, Milo’s Burden, is scheduled to be published this spring. Watch for more details right here in the New Glasgow Community updates.

“I am thrilled that Milo’s story will soon be in print and e-book. He’s a young man who has gotten in way over his head―not an unusual thing to happen! But he has people he can count on and, together, they try to make things right. What makes Milo’s Burden a fantasy fiction novel is that some of the characters have different abilities, ones that are unique to Milo’s world,” Peggy explains.

In Milo’s Burden, a wooden carving is brought to life by the ancient and forgotten Lifefire. But the new-born woman, Malissa, has a terrible flaw: her only emotion is rage. It feeds the power that surges through her and will not let her rest until she holds the entire world in a vicious death grip. The crew of the Pride and the inhabitants of mythical Uamh struggle to thwart her plans. In a bloody battle, Captain Oprum is taken prisoner and all else is put aside to rescue him.

Milo, the young boy who animated Malissa, has inadvertently upset the forces of Lifefire and sundered its delicate balance. With his sister and her friend, and an old man and his mangy dog, he must travel deep within the mountains to discover the secrets of Lifefire before rage rules the world.

Peggy’s first novel, For a Song, won an award in a recent Atlantic Writing Competition. It’s about Blat (an unfortunate name for a singer) who stumbles upon an entire race of people that needs saving, and recruits a brilliant, manic-depressive scientist. Their enemy is the sinister Brothers of the Watch whose leader wants what every evildoer wants―power over everyone and everything―and through mind control has the wherewithal to accomplish this. Blat craves the love of a woman who is a good friend and ignorant of his feelings. Whether he admits it or not, he will go to any length to impress her, even if he dies trying. To Blat’s great advantage, the leader of the Brothers knows nothing of this kind of power.

For a Song is available in Charlottetown at Bookmark and Indigo, as well as directly from Peggy (peggy.hogan@hotmail.com). It can also be found in e-book and paperback formats at www.double-dragon-ebooks.com

Peggy was born in Moncton and graduated from St. Francis Xavier University in English and Psychology. She and her husband moved to beautiful New Glasgow in 2008. She is currently working on her next story whose heroine was born just a few miles away in a small fishing village…